So many people believe that ragging is just a very small problem in India. This perception is because those who face most brutal form of ragging, never speak up generally. 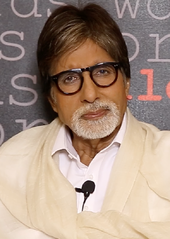 ■ Amitabh Bachchan, Actor The legendary Bollywood actor Amitabh Bachchan in a media appearance said, "Ragging has happened with me too. I passed out my college in the 60s, and at that time also, ragging was existent in colleges, sometimes worse... I really can't tell you guys what kind of ragging I have been through. Please don't ask me." [1]

■ Suresh Raina, Cricketer The ace cricketer Suresh Raina candidly reveals a ragging past in many interviews to the media. He says, "I remember in the college hostel (Guru Gobind Singh Sports College, Lucknow) in the first year maine bahot maar khayi hai. Khoob pitayi karte the seniors (The seniors used to heavily beat me). There used to be a lot of ragging. I've washed so many clothes I don't even remember. "[2]

In another interview, Suresh Raina's brother Dinesh Raina reveals, "Suresh's cricketing career could have ended within six months of his joining the Sports College... shaken by the experience, the young boy became withdrawn.... He was so shocked and nervous that he never wanted to go back to the (sports) college. He stayed at home for nearly six months, but I finally talked him out of it. I spoke to his coaches in Lucknow and only after getting complete assurance did I take Suresh back to the college." [3]
Had it not been for his elder brother Dinesh, Suresh Raina would have returned to his home in Muradnagar and a promising cricketing career would have been nipped in the bud, due to ragging.
The event marks the beginning of a lasting partnership with the participating institutions - management, teachers and esp. students in their journeys to make 'ragging-free' campuses.

The management guru Arindam Chaudhary writes about his IIT Delhi friends "Well, their first months in IIT were traumatic to say the least. They would cry in front of me. They couldn’t take in the humiliation of ragging. The humiliation of being stripped totally naked and being made to run around the IIT Delhi campus... The engineering and medical colleges of India are the havens of the worst possible ragging in this country." [4]

Another Bollywood actor Arjun Rampal reveals that in the summer of 1990 he walked into his college and had mistakenly asked a senior to carry his luggage into the hostel. The actor was subsequently ragged for a long time and vowed never to rag his juniors in turn. Rampal is admittedly very much against ragging. [5]

■ Anurag Kashyap, Writer-Producer-Director
The Bollywood writer-producer-director was the youngest in his class at the Scindia School, Gwalior. He was often at the receiving end of severe ragging. He would run and hide in the school library. Sexually abused and bullied as a child, he brooded over his anguish – for years.  Kashyap says,“Sexual abuse is common in schools, especially residential ones... Then, I was deeply affected by it" adding,“As a direct effect [of the abuse in school], I built muscle in college, started playing sports, and would often be seen with a hockey stick in hand. I would get out of the oppressive college cliques, forming my own parallel world, all the while protecting those who weren’t strong enough,” he says.[6]   An example how brutal, sexual ragging distorts the minds of young.

■ Imtiaz Ali, Film-maker
Noted film-maker Imtiaz Ali has a similar experience, "In college, a lot of guys had stripped me naked during the ragging... At that time it was terrible....Craziest thing I've ever done – we've all walked naked...in those days ... it was part of mass ragging that everyone had to do" [8]


■ Prakash Rajpurohit, IIT & IAS topper
Prakash Rajpurohit, ranked 4th in IIT-JEE 2003 and later IAS second topper, ran away from IIT Delhi hostel hitting the headlines. In his complaint lodged with the police, Rajpurohit had said students were asked among other things to enact a honeymoon scene, strip and consume alcohol. [9]

■ Manish Gupta, Director
“I was a day-boarder in an engineering college in Bandra and my friends who stayed in the hostels were forced into sodomy with other boys as part of a ragging ritual.” [10]

■ Rahul Dev, Actor
“I did my engineering from Bangalore and stayed in a hostel there. Though the seniors with their presence sparked off fear telling us to jump around holding our crotches, we challenged them and did not give in to their unreasonable demands. But I can't describe the tension that we went through at that moment.” [10]

■ Sona Mohapatra, Singer
“I was horribly ragged in my engineering college in Odisha. Ragging is deplorable, and must be banned. Be it physical, mental, minor or major, ragging is a very perverted show of power, conrol and humiliation, and not way of getin anyone to join a community and blend into it. There are more interesting ways of doing that.” [10]

■ Aditya Datt, Director
“My cousin who had gone to pursue studies abroad had become a victim of bullying. He was made to pull down his pants and was molested by his seniors….” [10]

Shakti Kapoor, a Kirori Mal College (Delhi) alumnus, didn't attend college for 10 days after a few seniors tried to rag him. "I studied in KMC, the same college where Amitabh Bachchan studied. Ragging was common then. I remember a group of ... seniors tried to rag me. They took me to the hostel and wanted to do something weird with me. They asked me to pull my pants down and go around the college. But I escaped," he recalled.[11]
Another example how sexual ragging has been prevalent in Indian colleges even in 1960s.

Sundar Pichai, Google CEO was subjected to "jump on a table and do something absurdly self-deprecating or lean out of a balcony and hurl... epithets (at a senior's bidding) at some unsuspecting passer-by" at IIT Kharagpur. [12]


"Amitabh Bachchan was ragged in his college days" : Zoom

Donate to Support Us

4 Bollywood celebrities speaking for Our Movement

Thanks to DreamHost | Template by OS Templates